Five57 is a specialist supplier of quality sports clothing and equipment primarily to the rowing and paddling communities - but everyone is welcome!

Founded in 2017 by Tom Kay, a former rower, and current marathon kayaker, Five57 exists to provide a mix of useful and interesting things to like-minded people.

At its core are customer service and honesty. We have strong relationships with, and trust, the people behind the products we supply and we want the same with our customers large and small. So whether you are buying one t-shirt or your entire bespoke team kit you can rely on us to work hard on your behalf and do our utmost to look after you.

Incidentally, in case you are wondering, the name Five57 comes from Tom’s ‘glory days’ on the water. Way back, when boats still had some wood in them and the ‘macon’ spoon shape was still the way to go, a young crew came into being which everyone involved soon realised had the makings of something special. Later that year at the Rowing World Championships of 1991 that crew went on to win the Lightweight 4- event and in doing so was the first crew to dip under 6 minutes in a time of 5:57.6. That was a good day, so Five57 was chosen (unfortunately the ‘.6’ had to go as no-one could work out how to fit it in neatly). 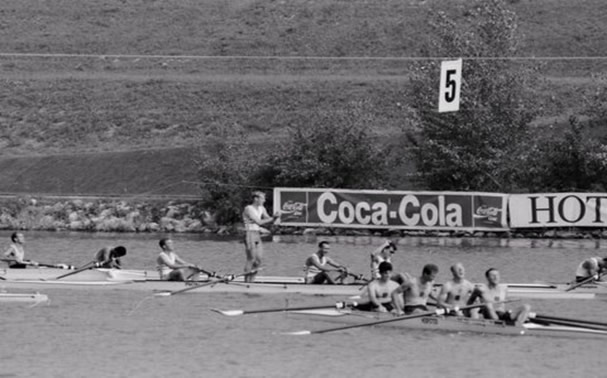 Learning at Marlow Rowing Club in the late 1970s (following in the wake of a young Steve Redgrave) and moving on to the famous Nottinghamshire County Rowing Association (NCRA) ten years later, Tom’s rowing career spanned 25 years and included six lightweight rowing world championship medals in both sculling and sweep - four of them gold (3 senior and one U23) and two Olympic Games in 1996 and 2000. One of his early experiences at NCRA was to be involved in the 1989 ‘Harvard re-row’ at Henley Royal Regatta - if you haven’t already heard it, then feel free to ask if you have some spare time...

Since retiring from international rowing in 2004 Tom has paddled at Nottingham Kayak Club with somewhat less competence, but no less enjoyment. Going forwards instead of backward has presented its own set of challenges (and no shortage of ribbing from all sides) but has been rewarding and enjoyable. 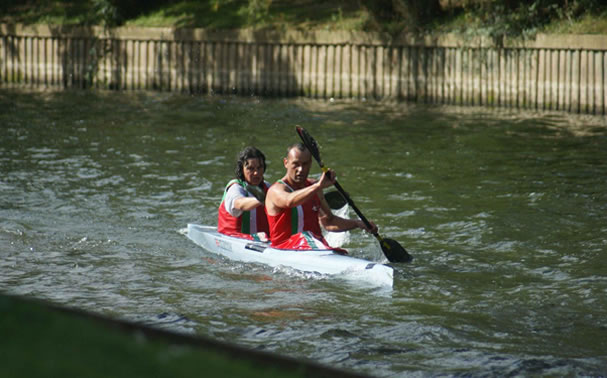 Once it is in your system, of course, the love of being on the water is hard to shake and gets in the DNA. The next generation has the bug too with all three of Tom’s children having turned their hands to kayaking and rowing in Nottingham and now further afield.

For a number of years, Tom worked with former NCRA friends at Concept2 and Oarsport selling Ergos and WinTech boats with some success and plenty of laughs. However having always had an entrepreneurial spirit (Tom set up a small specialist cleaning business straight out of college which he ran for 10 years before rowing became full time) the leap was taken to set out on his own again.